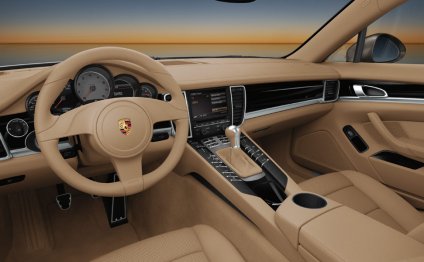 As we exited a gasoline station in Capetown, Southern Africa, we left four confused and disappointed service attend­ants. Once we had pulled in, one of  the people exclaimed, “Wow, it is a Porsche!” Immediately, we were surrounded by three of his co-workers, all jockeying to greatly help gas up the vehicle. (Apparently Porsches don’t come through right here frequently.) That which we didn’t let them know was this Panamera may be the upcoming S hybrid model and therefore we had pressed the “E-POWER” switch regarding center system when we ended. So rather than pulling away trailing some ripping, Le Mans–racer fatigue note, we slipped away quietly under electric power.

It could be peaceful, however the Panamera S hybrid, which goes on sale in america this autumn, posts ostentatious statistics: It will speed up tranquilly sufficient reason for zero emissions around 43 mph, at $95, 975, you will be charged $5200 significantly more than the V-8–powered Panamera S.

But at around 5.5 seconds to 60 mph, it's almost as fast as the V-8 car, along with approximately EPA combined fuel-economy score of 25 mpg, it's going to be stingier in the pump as compared to V-6–powered Panamera.

The Panamera S hybrid’s gearbox up­shifts to third earlier than it does within the thicker Cayenne S hybrid to save fuel. Overdrive 7th and eighth gears keep consitently the revs below 2000 rpm at highway speeds. Even then, the hybrid Panamera never seems underpowered, thanks to the 428 pound-feet of optimum torque offered.

The Panamera S hybrid is Porsche’s most efficient car, achieving 35 mpg regarding European drive pattern. We estimate the EPA will speed it at 23 mpg town and 28 highway, commendable for a 4400-pound sedan.

After three hours of driving in and around Capetown, the infotainment display screen suggested your V-6 was indeed resting for 88 mins of our drive, or almost half enough time. We drove an overall total of 1100 miles at an av­er­age speed of 53 miles per hour and recorded 27 mpg.