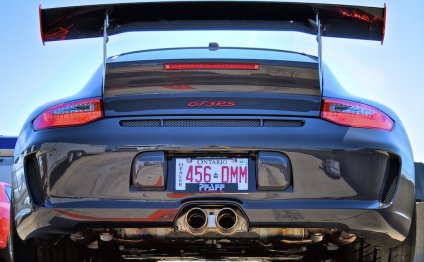 The coming Porsche 911 GT3 RS will represent another high-water level the brand, and another milestone. Its 500-or-so horse power and extreme aero tend to be predicted to lop over five seconds from the 7:20 Nürburgring lap time of the current GT3, making it "easily less" than 7:20. Beyond that, its naturally-aspirated 3.8-liter will form the foundation regarding the turbocharged motors entering the typical selection of 911s later this season as 2016 designs.

That is right – if you are in search of a sub-GT3 911 that gulps its atmosphere without compressed help, you then've only got a few months to obtain a one into your garage. Emissions laws would be the reason, definitely, with Porsche's R&D chief Wolfgang Hatz stating that, "Every new-model could have reduced CO2 than prior to, " and "if you look at euro per g/km, then it's turbo." We do not know very well what the engine lineup can look like, but; some time ago vehicle stated that the base 911 would get a smaller-displacement form of the motor, whilst S would stay with 3.8-liter displacement and leap to 520 horse power, which is the identical to the current Turbo.

Afterwards, Hatz stated, "at the termination of the decade electrification has got to end up being the next huge step." This means a hybrid 911 is being cooked up someplace. However whilst the brand name leaps into the brand new, there is a chance it could dip a toe back into the old: the 911 GT3 RS will introduce with a PDK, but Hatz's team is considering incorporating a choice of a seven-speed handbook.