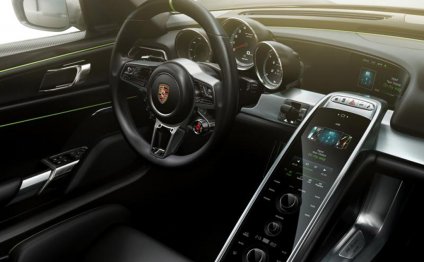 For years, we've measured how fast a motor vehicle is by two metrics: top rate and 0-60 times. I'll today point out that 0-60 times are bullshit, mainly because carmakers (using the Porsche 918 as an example) are gaming the system.

This really is something which just about everybody understands, since the range times that regular people go from 0-60 is more or less never. Real rate is acceleration from when you're currently rolling, like when you're merging onto a highway, or you're running away from a turn on some backroad.

But this understanding involves me personally from Road and Track's published overall performance figures for the Porsche 918. Initial figure they note is the fact that the Porker (evaluating anything between 3, 715 and 3, 858 pounds according to the manner in which you measure) rips from 0-60 as quickly a a Bugatti Veyron. Which is 2.5 moments.

The solution is easy - carmakers these days are becoming extremely, great at launch control systems, which perfectly manage the engine's energy additionally the tires' grip to provide perfect 0-60 times, every time. Porsche's system, including, can be so computer-optimized you can easily introduce your car over 50 successive times, or while drinking a coke.

The joke is the fact that the car features specific programming setting it to introduce from 0-60 (or 0-100kph/62mph) the single intent behind catching headlines. The 918, whenever in an actual world scenario, like from a slow roll to a highway run, is obviously slower than its in 0-60 dream land. I'm singling out of the 918 here, but as launch control methods get better and better, it seems like launch-control-optimized automobiles get more divorced from real on-road performance.

Carmakers tend to be gaming the system, and they're doing it just in order that their particular vehicles appear faster in car mags and Internet arguments. Drive all of them like an actual person and never some kind of standstill-to-speed-limit robot and you'll see how quick they are really.

Through the early morning of September 4, 2013, Marc Lieb piloted a Porsche 918 Spyder around Nurburgring and recorded the…