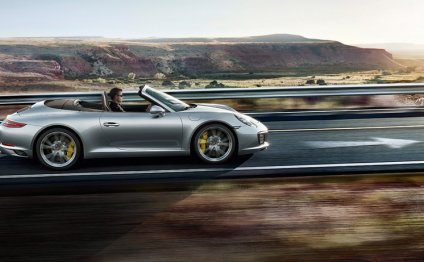 The Porsche 911 Carrera S Cabriolet is equipped with Porsche’s 7-speed PDK transmission. In combination with the brand new twin-turbo V6, this generation of Porsche 911 has got the most readily useful gasoline consumption yet, only average of 7.7 litre per 100 kilometers.

Aesthetically, the facelifted 911 Carrera S underwent a little make-over. The LED day-running lights tend to be somewhat smaller at the front end, the taillights tend to be changed, the vehicle functions new rims and door handles, an innovative new engine cover and altered tailpipes. The paint work with this Porsche 911 Carrera S Cabriolet during the Detroit engine Show is stunning too, it's called Graphite Blue Metallic.