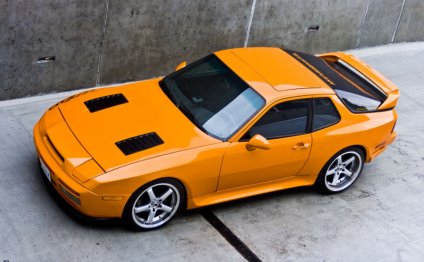 As many of you realize, our friend Aaron Brown is the owner of a burgundy 944 affectionately called "Carla". However that 944 came with a glaring omission... a radio.

A couple weeks back we proceeded a parts trawl to consider components for our vehicles, since he has a 944, and I own a 924 a number of the parts are now interchangeable. One of many things we bought that day after panhandling on road to cover Porsche parts had been this CR-220 radio. Guess how much it cost?

The man said he didn't determine if it worked or any such thing, offered as it is. We did not test it but also for 10 bucks it is a steal. These radios opt for at least 100 dollars on e-bay often.

These days we eventually reached test if this radio worked. Aaron requested us to wire this radio into their car (amazingly some people really had the nerve to express this couldn't be achieved... wtf?) which currently was wired for a standard DIN radio (aka the trash you find at Wal-Mart), but that has been inadequate the Porsche radio, thus I informed him to order a reverse wiring harness along with that we tore in to the currently sliced up radio wiring and wired in this 996 harness. What have you figured out, it worked. Aaron got the signal off renntech, and the next day we need to modify the wiring for speakers (since only two were wired into the past DIN harness and I also thought these were simply both fronts but it turns out it had been only one side of the automobile f+r), as well as the antenna connector on 944 does not easily fit into the CR-220 so we gotta splice in something that does. The past and last touch is for us to find a switched power source therefore the radio transforms off and on with the automobile, but i did not do that today because I happened to be lazy and dealing on the side associated with the road in NYC by CCC. It was cool.

Therefore in the end, you will get a decently modern-day and stock looking radio, with no amplifier was required (Aaron believes pretty badly of individuals who spend into car sound methods... like used to do).